Written by Patrick McCarthy on October 22, 2017

Despite the common sentiment that electronics will become useless overnight when SHTF, we've often extolled the benefits of these devices survival situations. Electronic devices allow you to wirelessly communicate, navigate via interactive maps, and light your campsite all night long — these are huge advantages, and you need every advantage you can get when you're trying to survive.

However, electronics are only useful if they're charged. Once you're out of juice and spare batteries, those devices will be essentially worthless unless you've prepared a long-term solution. Small devices can be charged by USB power banks, but a larger unit is necessary for 12V electronics.

Small USB power banks are helpful for smartphones and tablets, but a larger portable power pack with inverter capabilities can provide the wattage necessary to run both small and large electronics. With built-in 12V AC wall outlets, you can simply plug in a high-output work light, GPS unit, laptop, or even a small refrigerator.

These power packs can run for days on battery power alone, providing standalone capabilities for short off-grid adventures. When the battery is depleted, they can be recharged by solar panels or hooked up to a vehicle alternator to restore the charge. 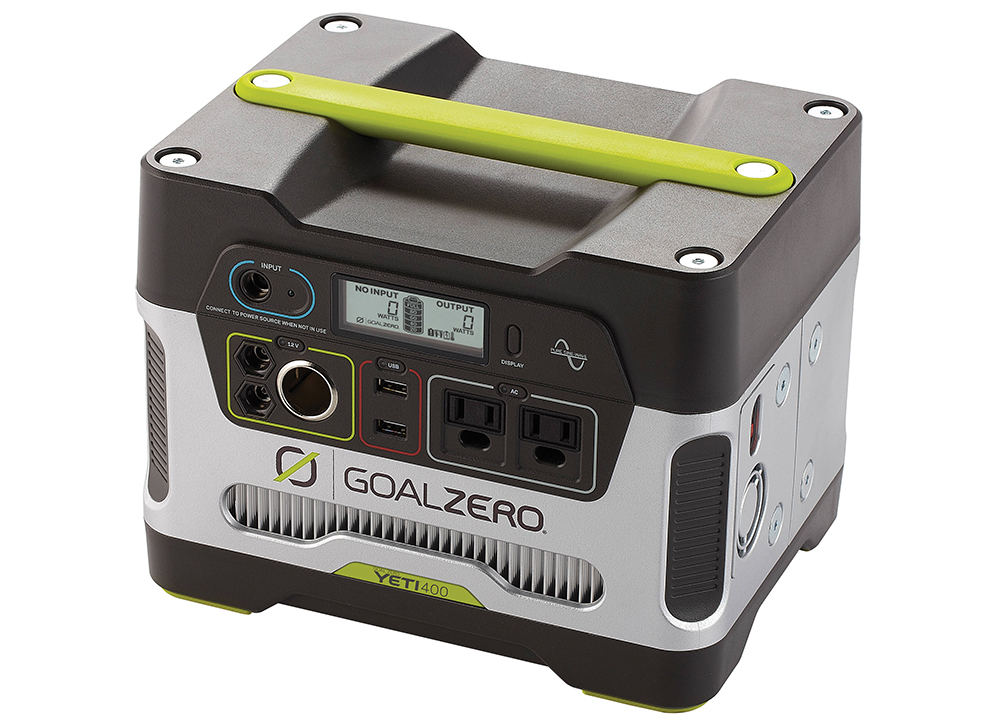 While you can easily buy portable power packs (sometimes also called solar generators) from companies such as Goal Zero and Renogy, there's a drawback to these off-the-shelf options: cost. Don't get us wrong — we've had great experiences with the Goal Zero Yeti series in the past. However, the large-capacity versions range in price from $500 to nearly $3000. That may be a cost-prohibitive expense for budget-oriented preppers. Fortunately, if you're willing to delve into the world of do-it-yourself projects, you can make your own portable power pack on a much tighter budget. Brandon Barton of Last Man Projects recently wrote the following DIY guide for a marine-battery-based power pack, and gave us permission to share it here on OFFGRIDweb. He built the unit for his bug-out truck, a 1978 Ford Bronco named Lucille. This DIY power pack was built as part of Brandon's '78 Bronco project.

I just finished up my bug-out vehicle (BOV) emergency power box. I wanted a large rechargeable power pack, but at $1500, I can't afford something like the Goal Zero Yeti 1250. Having something like this is nice for camping, your bug-out truck, or running electronics during sudden power outages that aren't expected to be long enough to fire up the gas generator. The Goal Zero Yeti 1250 served as a benchmark for Brandon's power pack build.

I did a little research and made this power pack for around $210. I've got a 100-Watt solar panel and charge controller on the way to complete the setup, but they haven't come in yet. These items will add another $130 to the total cost. The Goal Zero's price of $1500 doesn't include solar panels.

To compare the two, my box is good for approximately 1,212 Watt-hours (Wh) compared to the Yeti 1250's 1200Wh; in this regard they're virtually the same. Both appear to have basically the same reserve capacity rating as well. Mine has two 12V plugs, two AC plugs, and one 2.1A USB plug, compared with the Yeti's one 12V plug, three AC plugs, and three USBs. While the Yeti 1250 has a few more output choices, I can overcome that with USB or AC splitters if needed (I doubt it'll be necessary). My DIY pack has been modified with external battery post terminals, which the Yeti lacks. I like this because it adds a significant adaptability to the homemade power source.

Speaking of the ability to adapt, both have the ability to charge from solar, wall, or car. However my power pack can change batteries and run using a 12V battery scavenged from a car, ATV, or lawnmower. Capacity results will vary, but the Yeti can't do that. My box weighs in at an awkward 70 pounds. The Goal Zero weighs 103 pounds, but has wheels, giving it a slight edge in mobility.

MinnKota Trolling Motor Power Center – There are other options out there, but this one had more of the features I was looking for. It comes from the manufacturer with two 12V plugs, a battery meter, and fuses already built into the lid. – approximately $70.00 with tax and shipping. It's not at all hard to assemble once you buy the base components. I know there are people with electrical experience exponentially greater than mine, I'm sure they could make something way better than this from scratch. I'm good for most home electrical “honey-dos” and have a fairly good mechanical grasp, common sense, and that's about it. I wanted to put something together that most anyone could do at home with very little technical knowledge. This is basically all “plug and play”. The only thing that involved customization was cutting off the clamps on the inverter and crimping on copper lugs to attach to the wing nut terminals on the lid. That's it. 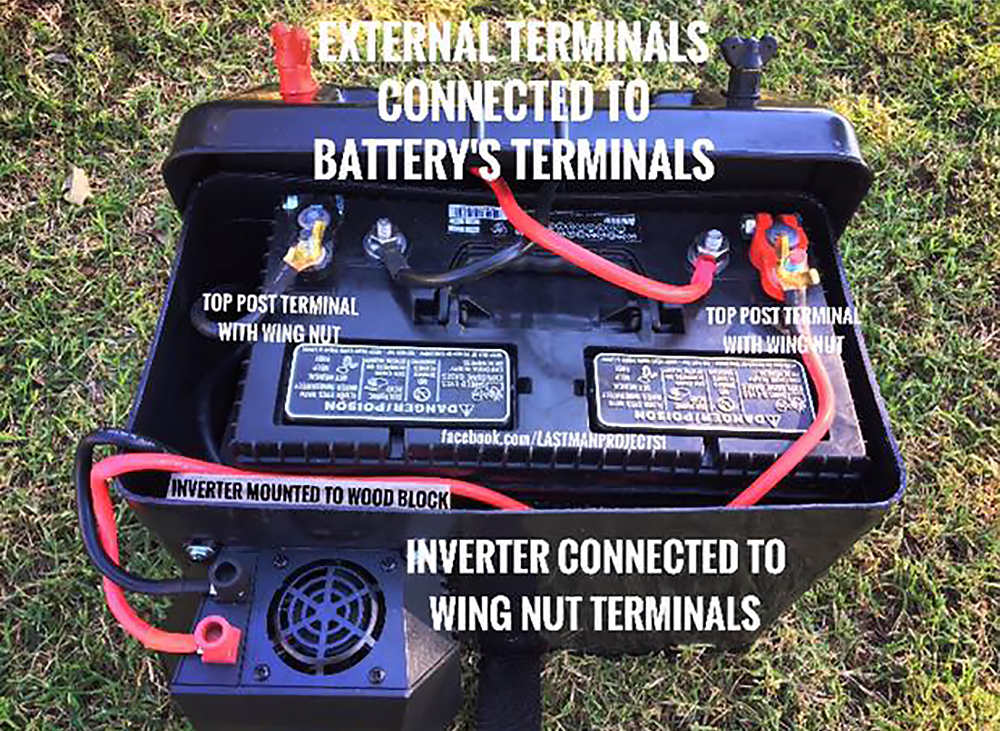 The only other tip to remember when building this is to put something in the box as a spacer to keep the battery from moving around. I used some extra rubber floor mat material I had from my faraday box build. Lastly, you'll notice I mounted the inverter to a wooden block inside the box. This is necessary as the thin plastic wall of the box isn't strong enough to stand up to any real use.

That's about it. Simple, cheap, adaptable, and effective. Have fun. Brandon's Bronco, Lucille, will soon be fitted with a solar panel to passively charge the power pack.

For more projects and survival tips from Brandon, check out his previous articles on hotel-based preparedness and the reality of becoming a “grey man”, or follow Last Man Projects on Facebook. You can also support him by picking up a Last Man Projects shirt or hoodie on TeeSpring.

Starlink for RVs now offers portable high-speed internet "on an as-needed basis at any destination where Starlink...