At SHOT Show Range Day, We Got Our Hands On This New 1,000-Lumen Rechargeable LED Light

Written by Patrick McCarthy on January 17, 2022

Although SHOT Show 2022 officially begins tomorrow, today at Industry Day at the Range we got our hands on something brand-new for the first time. Holosun showed us their unreleased weapon light, known as the Holosun PID. The example in these photos is serial number 001, and we're told we were the first media outlet to see it. Read on for the initial specs and details. You may notice this light's name is a not-so-subtle reference to the term positive identification (PID). A weapon light allows you to positively identify your target before you decide to fire, so this name makes a lot of sense. 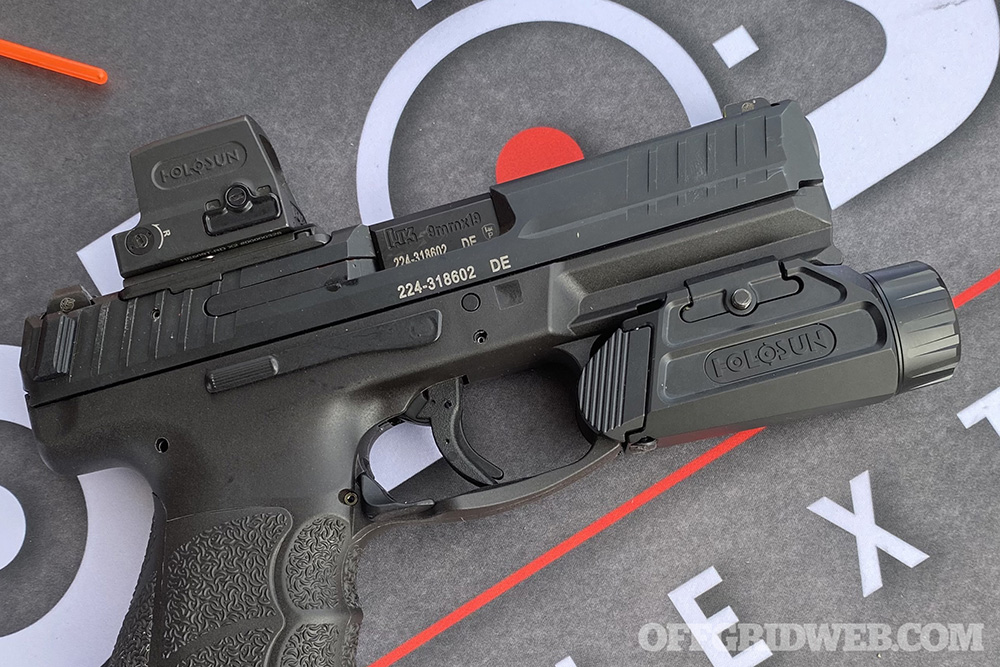 We don't have all the specs yet, but we'll share what we've been told so far. It offers a maximum output of 1,000 lumens in high mode, as well as a 500-lumen low mode. It uses a rechargeable battery, and features a USB-C charging port on the underside of the light, shielded by a protective rubber flap. The battery can be charged without removing the PID from the gun, or removing the battery from the housing.

Beam pattern is said to be intermediate, with enough throw for medium-range outdoor use and enough spill for close-quarters indoor use. 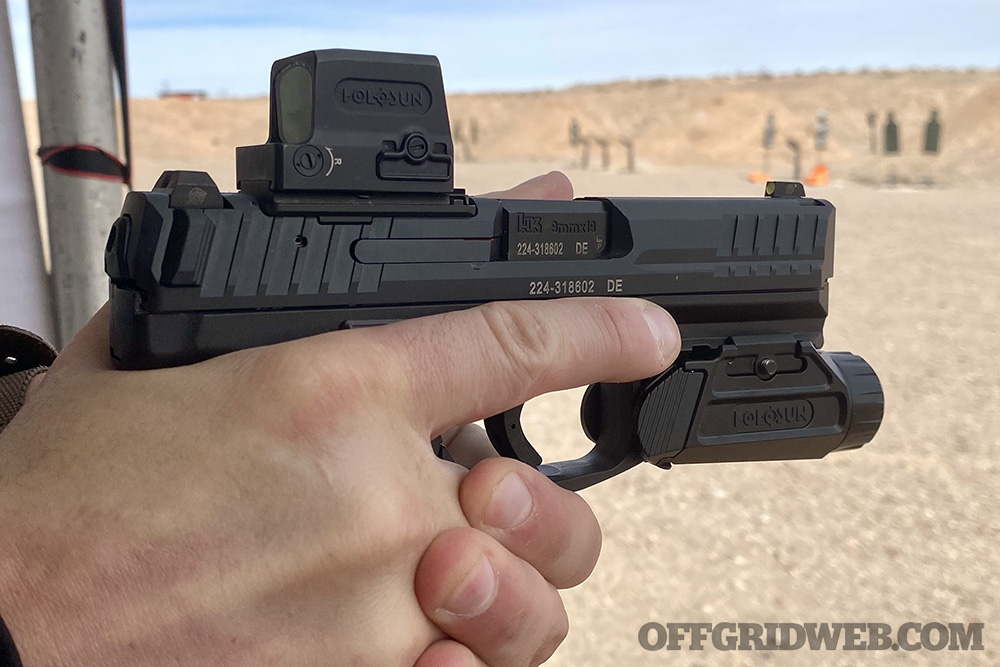 The Holosun PID is controlled by ambidextrous paddles that allow for momentary (press and hold) and constant-on activation of the light.

As for holster compatibility, we're told it fits nicely into common duty-style holsters that accept the SureFire X300 or Streamlight TLR-1, such as those from Safariland. That's a good start, but it's likely that molded Kydex holster manufacturers will still need to create new molds for full compatibility the new Holosun PID. 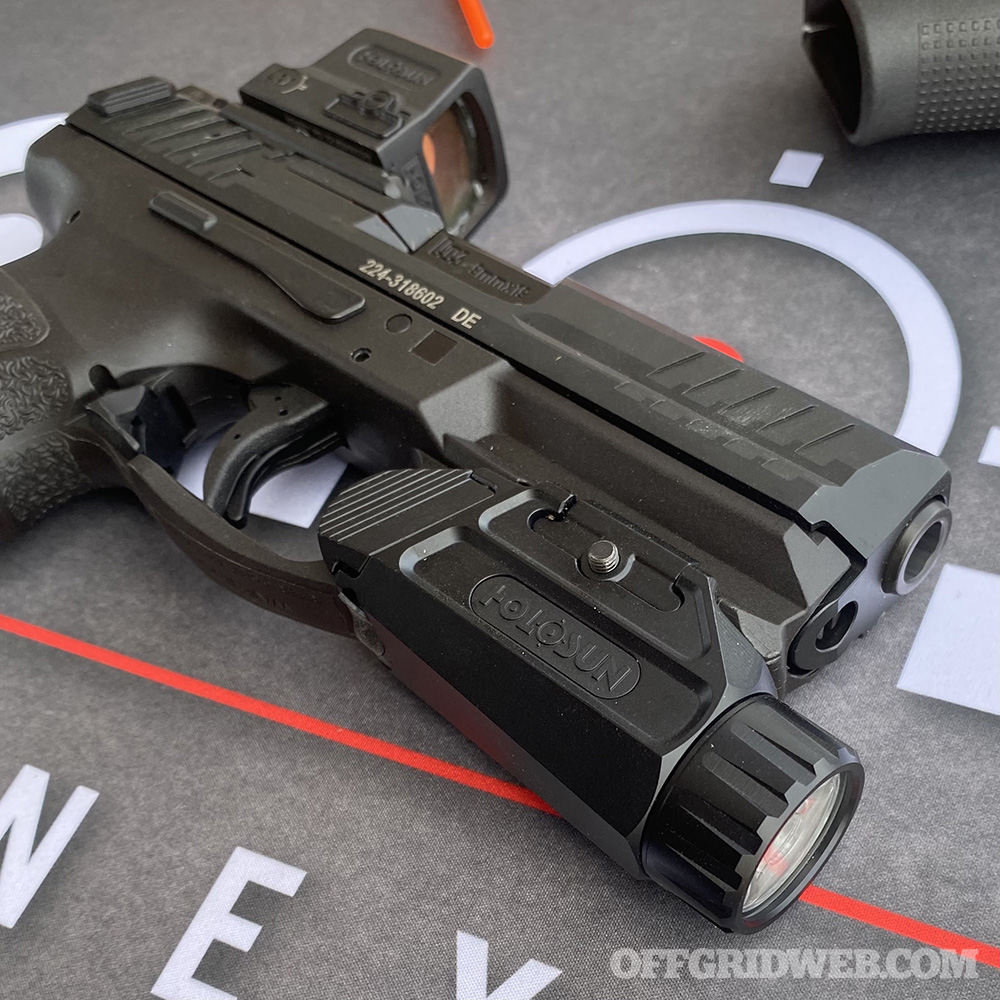 One especially interesting piece of news is the price point. We're told the Holosun PID will be priced substantially below other 1,000-lumen WML competitors, with an MSRP of around $120. That means street prices are likely to be under $100 once the PID becomes widely-available.

For more information on the new Holosun PID weapon light, keep an eye on Holosun.com in the near future.