Written by Patrick McCarthy on September 1, 2019

In Issue 33 of our print magazine, I wrote my “On the Grid” column about “the apocalypse that never was” — Y2K. It's easy to look back at January 1st, 2000 with our 20/20 hindsight and feel convinced it was all a false alarm driven by a snowball effect of hype. However, many sources today will attest that if it weren't for that hype and the billions of dollars in industry-wide computer system updates it motivated, Y2K could have been an extremely serious disaster.

While the fear surrounding Y2K led some people to irrational behaviors, such as the Hot-Pocket-hoarder I mentioned in my column, it served as a positive motivator for countless others. In fact, many people in the prepping community today took their first steps towards preparedness shortly before 1/1/2000. Even though that particular disaster never manifested in the way the mainstream media speculated, it created an environment that was more open to emergency preparedness — at least temporarily. Unfortunately, after tremendous amounts of work and preventative measures averted the crisis, preppers were once again depicted as paranoid and irrational. A New York Times retrospective video lumped survivalists and gun buyers in with predatory scammers, calling them individuals who took “extreme measures in anticipation of the millennium.”

As a result of my Y2K column, I recently received an email from Micheal Kline, a reader who wanted to share some of the lessons he learned from that time period. His email contains some perspective on the atmosphere leading up to New Year's Day 2000, as well as how it shaped his interest in preparedness over the next 20 years. I've shared it in its entirety below — read on to see what you can glean from Micheal's account.

I was still in high school during Y2K and my memory is a little fuzzy, but I believe it was late 1996 or 1997 when I began to hear what Y2K was and the possible risks involved. We lived in North Florida, near Tallahassee, so we were used to preparing for hurricanes. We were used to being prepared for three or four days without power. We had some canned food, camp stoves, battery-powered lanterns, and candles. No biggie. I have always been technical and computer-savvy. Knowing what SCADA systems were and realizing how our life depended on them showed me how thin of a razor blade our society walks on. It was described back then that society is a 3-legged stool. One leg is the banking industry; one leg is the power grid, and the last leg is the perceived economy. If any problem occurs any one of the legs, the stool (society) will collapse. Upon seeing this analogy, I knew I and my family needed to prepare. I had never heard of just-in-time delivery of food, didn’t know how to filter water, and had only been camping with my dad and with the Boy Scouts. Family camping can be fun, but it's not necessarily good practice for survival. (Photo: Klymit)

This began my prepping journey that I am still on today. My family and I began discussing what could happen if the power went out and never came back on. We were new and had only knowledge of being without utilities for a few days after a storm. We also thought about what could happen if the banking industry had an issue and we could not get any money. We began to think about how we would eat if stores were closed, how we would get clean water, shower, and flush toilets. How would we defend our supplies and home?

We laid out what we needed to fulfill our basic needs: water, food, shelter, and security. Since we had a Sam’s Club membership we bought bulk rice, sugar, flour, and beans as best we knew how. The term prepper was not popular yet, but we were becoming what we now know as preppers.

I, being the geek, began buying survivalist, preparedness, and Y2K-related magazines and visiting BBS sites, using alt.rec newsgroups, and any survival related websites. My little 28.8kpbs modem stayed busy. I learned about date codes on the bottom of cans, how to use bleach to purify water, and how to properly store food in buckets, and outdoor survival techniques. I poured over books, magazines, and the limited Internet. The internet can be a source of valuable survival knowledge if you know where to look. (Flickr.com/jeroenbennink)

This is my first major lesson: study and learn about how to survive, but not from Facebook. Looking back, I had access to some great sources of knowledge. Those that were online were truly knowledgeable and willing to help. In today’s society, we have keyboard warriors that give a lot of people false or misleading information. If you want to learn how to survive, read a magazine or read a book. Don’t get your survival knowledge off of Facebook and Instagram. They are good to interact and ask about experiences, but don’t stake your life on it.

However, I digress; my family and I bought a small wood stove and installed it in the living room of our house. We bought a few cords of firewood and had it covered and elevated to protect it. During the winter of ’98, we used the wood stove to heat the room and cook on. This ensured we would have practice and know how the cooking times differed from a regular stove. 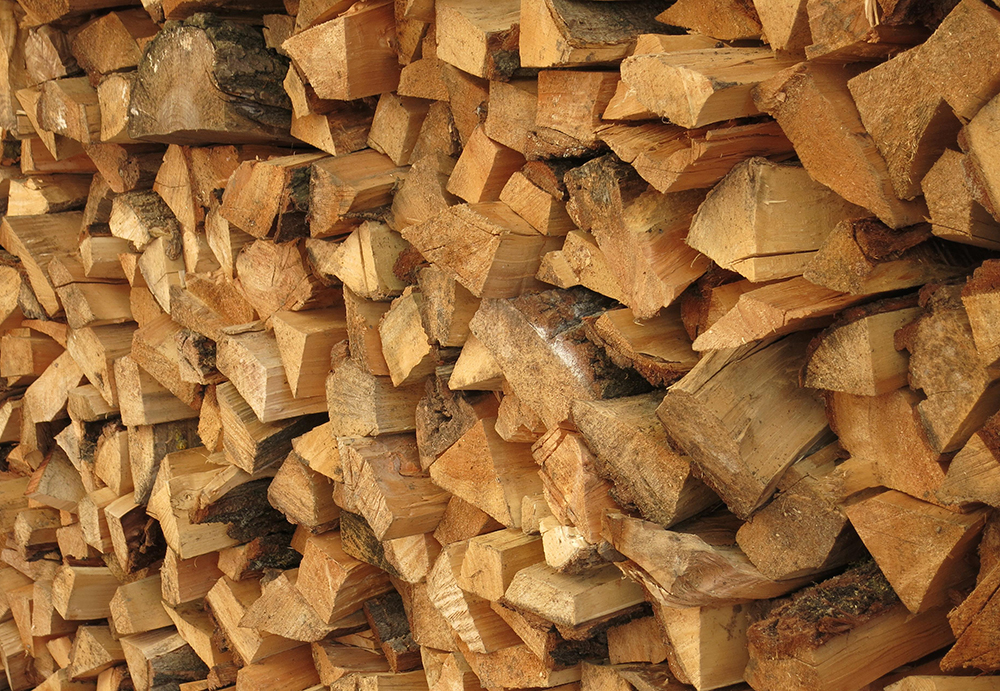 As Micheal learned, it's wise to gather as much wood as you think you'll need, then double or triple it.

We lived near a lake and buried a pipe down to the lake that connected to a pitcher pump. I bought spare leather parts and learned how to prime the pump. I learned really quick to put in a shut-off valve so the pump would not lose its prime so fast and require so much water to prime. Unbelievably, it did work and would pump about a 1/4-gallon per handle pump. After using it, I learned that it requires A LOT of strength to pump water 200 feet and up an 80-foot drop. I put a steel pipe next to the pump to act as a fulcrum and help me pump water when we practiced using it.

We bought a few 55-gallon water drums and filled them with treated water based on 2 gallons per person per day. I put in a primitive rain catch by using a plastic tarp attached to the underside of the roof that diverted down into a drum. We learned to let the water settle for about a day so the asphalt gravel would sink and the crud could be skimmed off. This rainwater was used partly for drinking once filtered through the Berkey. Rainwater collection can be a great way to supplement your water stockpiles.

The other part of the water was poured into a gallon metal drum I put on concrete blocks that I then built a fire under. My dad and I put a water spigot on the side with a hose and shower sprayer. Since we lived on a hill, we built a small shower area down the hill from the ‘water heater’ to create decent water pressure. From this, we learned that you can have too much heat and it takes a lot of wood to heat 55 gallons of water. Fortunately, we learned that stirring the pot after about 20 minutes gave us water that was about 80-90 degrees. Not hot, but warm enough for all of us to shower with (and not so much that we used all of our wood).

That’s another thing — by practicing some of these things early on in ’98 and ’99 we worked out some kinks. We ended up buying a lot more wood for the stove and water heater. This lesson has stuck with me even today. It is great to have supplies and gadgets to assist in SHTF, but unless you practice using said equipment, you are going to be at a disadvantage. You need to walk the walk so to speak. You can have a subscription to Battle Box, but unless you actually get out in the woods and use those things you are going to be at a loss.

There are a lot of other things we learned and experienced, but too many to list here.

Y2K was a very ‘wing it’ type event. It was a good trial run of how to live off-grid. Had it actually come to fruition we would have been under-prepared. The good thing about Y2K was that it put the family in a state of what-if. Now, 20 some-odd years later my wife and I continually think about our creature comforts and what we need to keep those going. Because of the lessons learned in Y2K we are much better prepared for hurricanes, thunderstorms, or SHTF. Although Y2K wasn't the catastrophe it could've been, it certainly offered lessons for the future.

Today, Micheal Kline is a dedicated advocate for emergency preparedness. His professional background includes work with commercial two-way radio systems, computer network administration, and collaboration with various emergency management organizations. He also hosts a free podcast known as Reality Check, which covers a wide range of topics, from defending your home and maintaining communication security to building a DIY latrine. You can listen to the podcast at prepperbroadcasting.com/reality-check or follow his Facebook page for the latest news.