Juggernaut’s PALS Mount has Been Improved for 2023 with a Sleeker Design, Stronger Retention, and an Adjustable Hinge

Written by Patrick McCarthy on December 22, 2022

Love them or hate them, our cell phones have become an important part of our daily lives. This is also true for members of the military, law enforcement, and search and rescue teams who use smartphones in the line of duty for navigation and team collaboration through purpose-built apps like ATAK. These individuals often wear plate carriers, chest rigs, and other load-bearing gear, so it's beneficial to integrate their mobile devices into that gear for quick access. For many years, Juggernaut Case has offered a PALS Mount that attaches a smartphone to MOLLE-compatible webbing, but this week, the company unveiled Version 2.0 of the Juggernaut Case plate carrier phone mount with some cool new features. 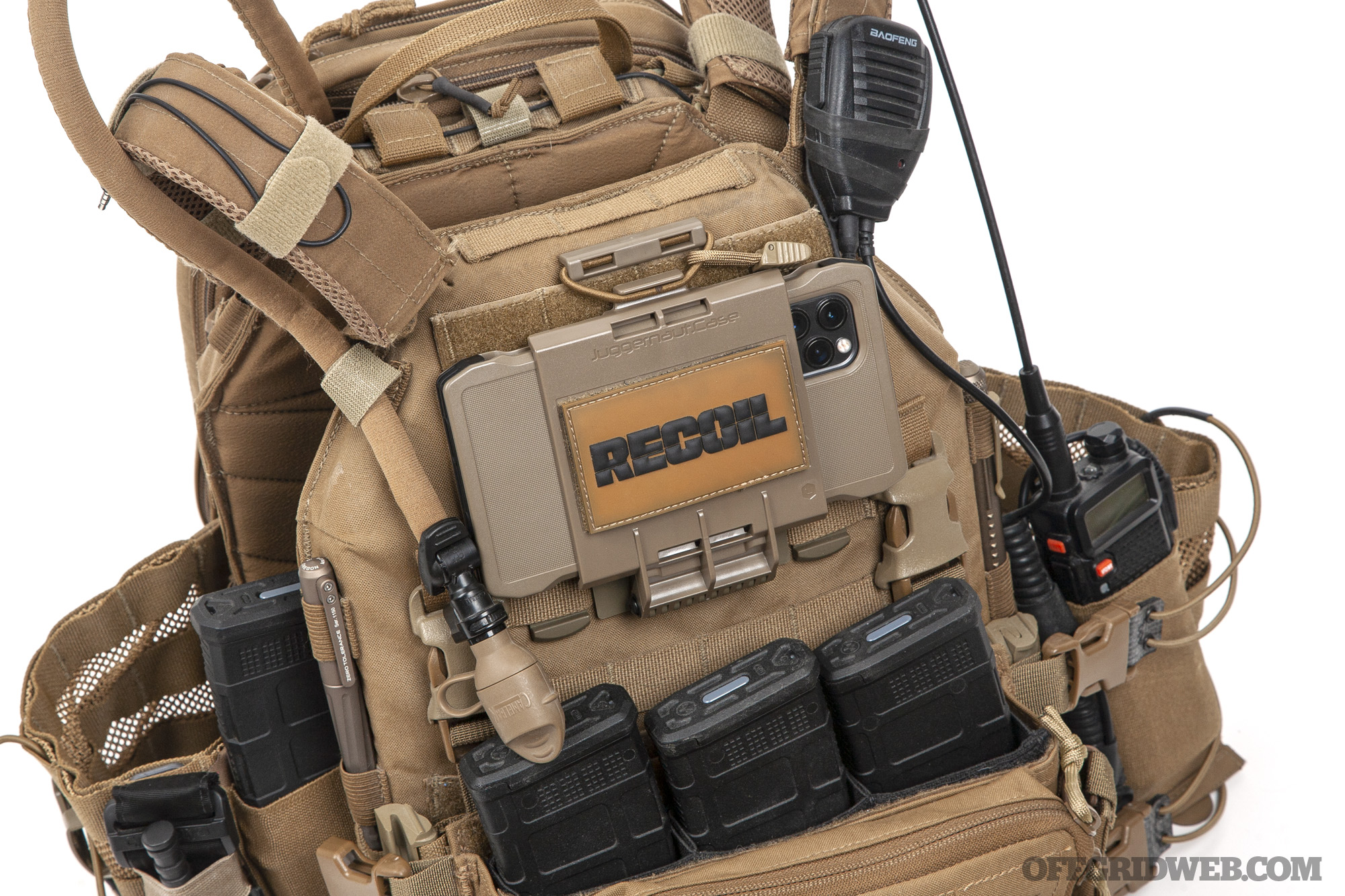 We've spent some time wearing and using the previous version of the Juggernaut PALS Mount, pictured above. It worked well, but we still felt there was a little room for improvement. Thankfully, Juggernaut Case has apparently addressed all of our concerns with the 2023 version of the PALS Mount (available now). The most obvious change is the front panel, which now has Juggernaut's signature “dog bone” shape and a slightly more prominent logo. The pivot point at the bottom of the mount now has a new hinge friction adjustment knob, which allows the user to fine-tune how easily the phone folds down. 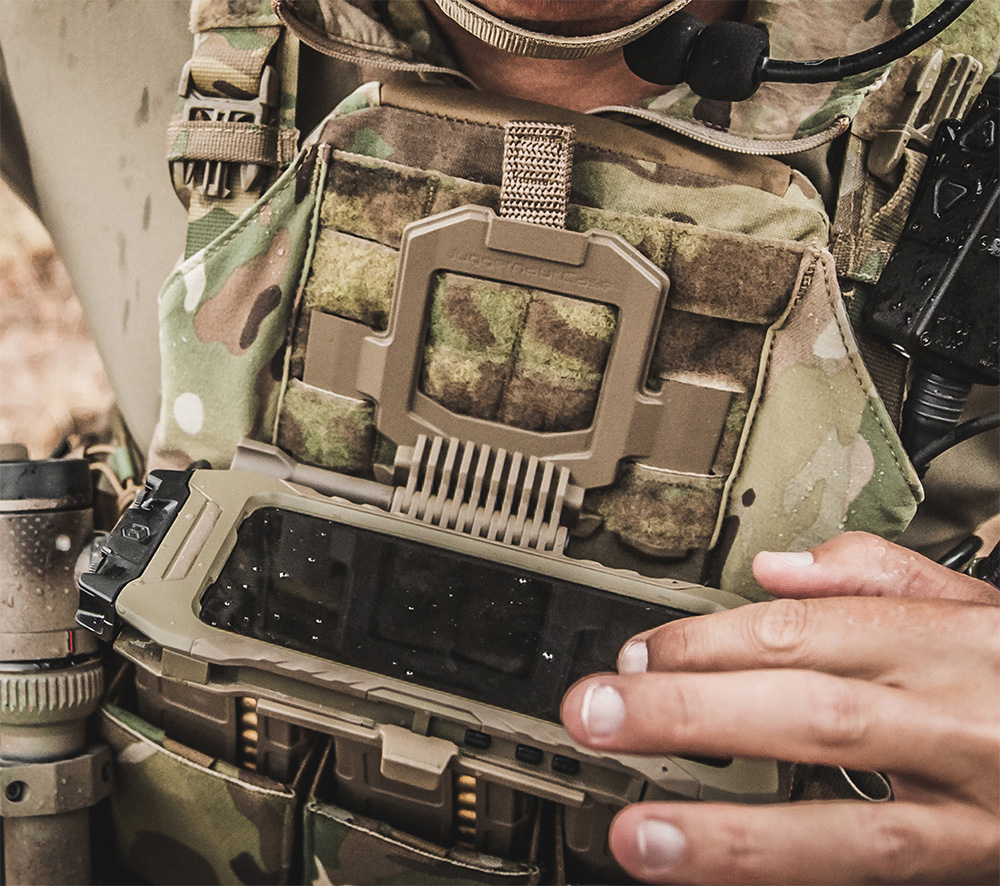 At the top of the new Juggernaut Case plate carrier mount, the elastic retention band has been integrated into the mount, as opposed to the separate retention band on the older version. This offers more consistent tension on the shock cord, so the mount doesn't flip open inadvertently. Finally, the mount's base has been completely redesigned, with four staggered mounting tabs and two locking tabs that make it easier to install on PALS webbing. It also has a built-in cable pass-through to keep charger or headphone cables neatly organized and secure. The new Juggernaut Case PALS Mount 2.0 is American-made and Berry compliant for use in DOD contracts. Like previous versions of the mount, it's available in four device sizes (S, M, L, and XL) as well as three colors (Black, FDE, and OD Green). MSRP is $100, and it requires a matching Juggernaut Case for your phone. The company offers a wide range of cases for Android and Apple smartphones, from the sleek ENDVR to the rugged IMPCT and ADVNTR to the professional-grade OPRTR. The new PALS Mount is backward-compatible with older Juggernaut phone cases, so you won't need to buy a new one if you already have one.