Better to Have it and Not Need it …

Written by Molotov Mitchell on January 21, 2018

Since 2001, the world has undergone a dramatic increase in travel risk, due to the ever-increasing surge of terrorism and international drug cartels. As one might expect, personal protection training has become increasingly popular for Westerners who work or vacation abroad.

As a combat instructor, I've traveled around the world providing that kind of training to people already working in hostile regions as well as preparing clients here in the U.S., with counter-abduction courses, escape-and-evasion seminars, and Krav Maga classes to help people stay above ground and out of gulags. This article outlines a handy-dandy list of things you'll need in sketchy countries — but before we get to that, just where the heck are you going?

These days, nobody wants to hurt anyone's feelings, so there's a lot of debate on how to define a “hostile region.” The most popular, super-sensitive way to gauge a nation's safety and threat level is to see if it has any travel warnings posted online. The U.K. Foreign Travel Department is a great resource: www.gov.uk/foreign-travel-advice. But if you just want a quick and dirty method, I call this an “ABC test” to keep it simple. When considering travel to another country, just ask the following:

A) Does the nation's government have a track record of physically oppressing people based on their beliefs or gender (executing apostates and dissidents, beating and/or stoning women, etc.)?

B) Does their army double as their police force (historically common in communist regimes)?

C) Does the region have a noticeable problem with vanishing visitors (cartel kidnappings, beheadings, and the like)?

If the answer was “yes” to any of those questions, then we can consider the region “hostile.” And to be clear, “hostile” can range from “Go home, Yankee!” to “Slay the infidel wherever you find them.” If that sounds like a place you're headed, prepare accordingly. But keep in mind that preparation doesn't equal safety; no one can guarantee your safety. Even with all the martial arts and counter-abduction training in the world, visiting a hostile region is always a roll of the dice in terms of personal security.

If Westerners would avoid some of these places, they'd really be much safer, and these oppressive regimes would have to clean up their act to preserve their tourist industry, which in many cases, is a huge part of their economy. However, the allure of ancient ruins and exotic islands draws waves of adventurers year after year, beheadings be damned! And in our global economy, many of us are required to conduct business in some dicey domains. Whatever your reason for treacherous travel, here's a list of 10 must-haves for hostile regions. While this isn't a piece of gear per se, selecting an appropriate travel companion is one of the best ways to minimize your risk when going abroad. For instance, I don't travel to hostile regions without someone who knows Krav Maga. If things get savage, I know that they'll fight (and fight well). Real talk? If you're traveling with someone who doesn't have your back, then you might as well be traveling alone. Don't walk into any room that you don't know how to walk out of. The same goes for countries. In hostile countries, cities can spontaneously erupt in violence. So, if you can legally obtain a gun, do that immediately. When I was working in Egypt, the Muslim Brotherhood was gearing up to overthrow Mohamed Morsi. Tensions ran high. As you might suspect, I couldn't legally obtain a firearm. In hostile regions, guns are typically restricted to military/cartel/jihadi use. But hey, if bullets are coming your way, you'd really like the option to send some back.

So, one of the first things I did after arriving in Egypt was develop a relationship with a waiter who could get me and my colleague AK-47s within two hours. When I taught in Moldova, I found a villager who kept a pistol and shotgun ready for me, should I need them in a hurry. But developing these contacts and agreements isn't as easy as it may sound and requires strong social engineering skills, so neither I nor this magazine recommend that anyone do it unless their life depended on it. Try to buy from the wrong guy and you could wind up dead (or worse). Covert safes like a fake can of Pepsi or a can of shaving cream with a hidden compartment are perfect for protecting things like money, flash drives, and medicine. Sometimes you have to carry a larger amount of cash, especially if you're in a country where it's difficult to access ATMs or exchange offices. In those instances, don't carry money on your person, leave it in your bag, or hide it under a mattress. Thieves know to check those places. Keep your cash in a hollow toilet paper holder in your hotel room. Thieves will never look there, especially if you smudge some Nutella on the TP before you head out. If you're being attacked or kidnapped, then the enemy probably has the element of surprise. The best way to level the playing field is to surprise them back with combat training and the augmented power of a hidden weapon. At Triangle Krav Maga, we make useful tools that pass through most security checkpoints without a problem. Take the Delta Defense Ring. This attractive piece of jewelry seems harmless, but it adds serious piercing and tearing damage to any punch or slap, depending on how you wear it.

Best of all, the Delta's always on your hand, so it's always ready. Another fan favorite, the Benthic Butter Knife, meets all the TSA travel regulations because it is, in fact, a butter knife. It's just a heavy, powdercoated butter knife with a retention ring and bottle cap jimping for enhanced grip. Whatever item you choose to carry, make sure it doesn't look scary; that would ruin the surprise, right? Check local laws to make sure any hand-to-hand weapons you bring are legal in your area of travel. 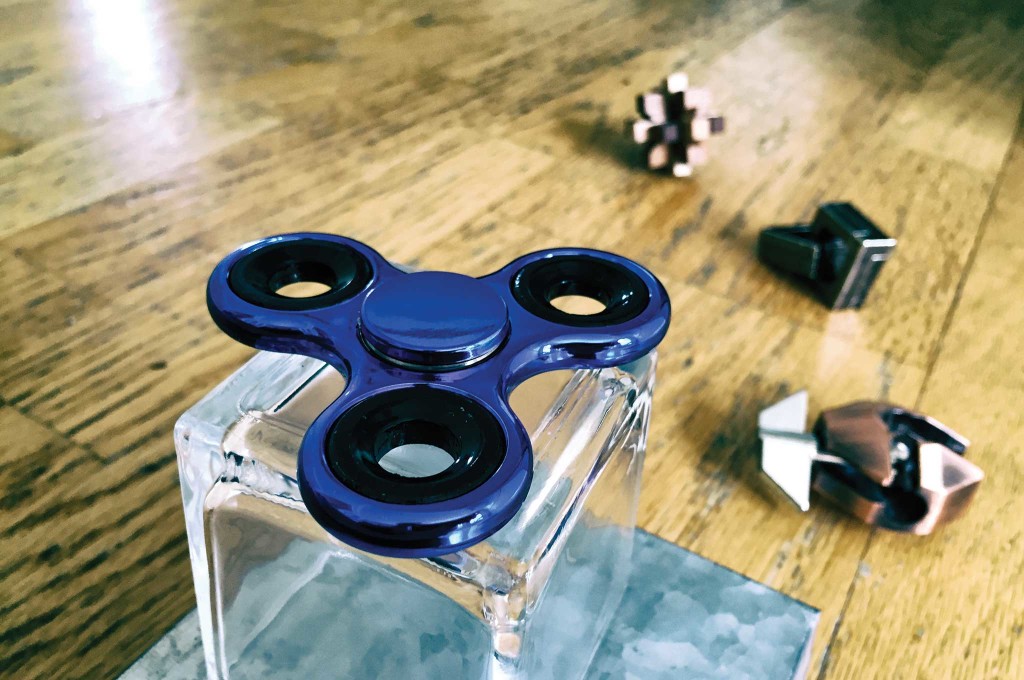 When I was working in Cuba this year, the communist government decided to stick it to Americans by cutting off all access to American bank accounts and blocking wire transfers from anywhere in the U.S. The timing couldn't have been worse. My travel partner and I had almost run out of cash and had just arrived in a new city. She started to lose it, but I managed to keep calm by simply playing with my small 3D puzzle as I concentrated on finding a solution.

After a few hours of creative calls and finding the right guy to bribe, we were able to get money through a back channel. But I was only able to remain calm and think clearly because of that silly little puzzle. Another great use for games and fidget toys is attracting local children. Kids fly under the radar; they can go to and fro on your behalf and no one bats an eye. And no matter where you go, kids love flashy little toys. If you ever need help but can't freely move through an area, let a kid play with your cool gizmo and then ask them to get you information, food, water, or whatever else you might need in a desperate situation in exchange for the toy. Works like a charm and is a cheap, easily replaceable bartering chip. 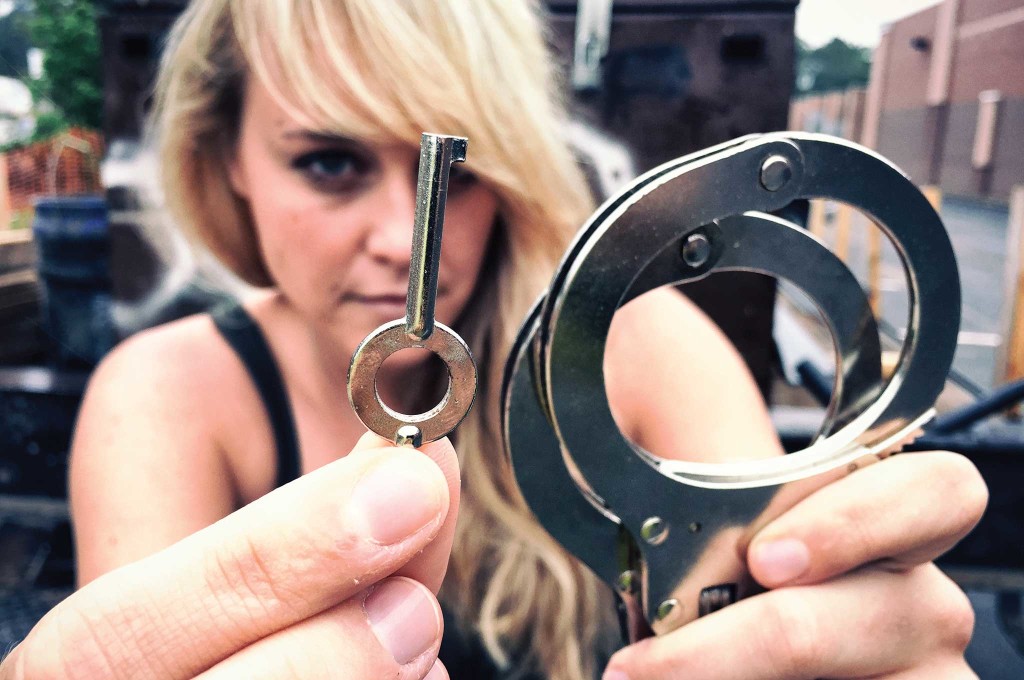 The best way to pick your way out of handcuffs is to use a key. Unlike doors, which have a different key for every lock, 90 percent of all handcuffs around the world can be opened with the exact same kind of key, and you can buy one at almost any military surplus store or law enforcement supply store. The nonmetallic variety is your best bet. Hide it in your shoe, sew it into your shirt, or stash it in your belt. Never leave home without it! Having a bobby pin or small metal hair barrette can also serve as an improvised lock pick or shim to free yourself from handcuffs. In hostile regions, cell coverage can be spotty. That's why it's a great idea to carry an Iridium satellite phone for emergencies. A decent model will set you back about $1,000, but if you're headed into shady situations, it's totally worth it. Don't forget to buy a pre-paid SIM card before you go. These days, you can purchase 50 minutes for around $100 online. After all, your cell phone may not have service in certain areas overseas, even if you're on an international plan. The first thing to fail on a mission is communications. Your sat phone battery may die, but the sun won't. No matter where you are, just set out your panel, kick back and allow nature to recharge that device. Note: I don't recommend rigid panels; they're too bulky and prone to damage. Bushnell's SolarWrap is a flexible panel that rolls up into a compact tube for easy travel. 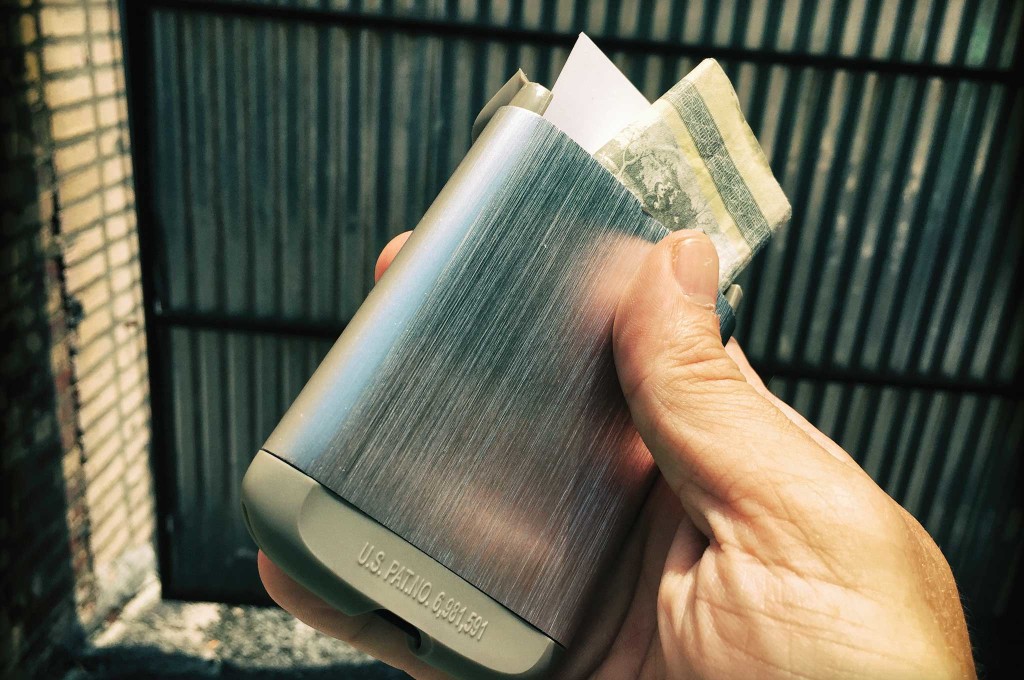 Carry a shiny decoy wallet in your front left pant pocket with a fake ID, a couple of random business cards, and petty cash for bribes. If you're being robbed, give them the decoy, not your real wallet (hidden elsewhere on your person). Absolutely never give up your passport. My decoy wallet has brushed nickel so it really catches the eye, a distracting feature that can set the thief up for a good sucker punch, kick, or elbow, if that's on the menu. A smartphone camera is surprisingly versatile. Aside from just taking pictures, you can covertly survey areas by pretending to shoot video or panoramic photos. You can act like you're taking a selfie to see if anyone's tailing you. Peek around corners without exposing yourself. And if you suspect that someone may go through your things while you're out and about, simply take pictures of your room beforehand. When you return, check the pics to see if anything is out of place. Hiding in plain sight, the smartphone can be your electronic Swiss Army knife. 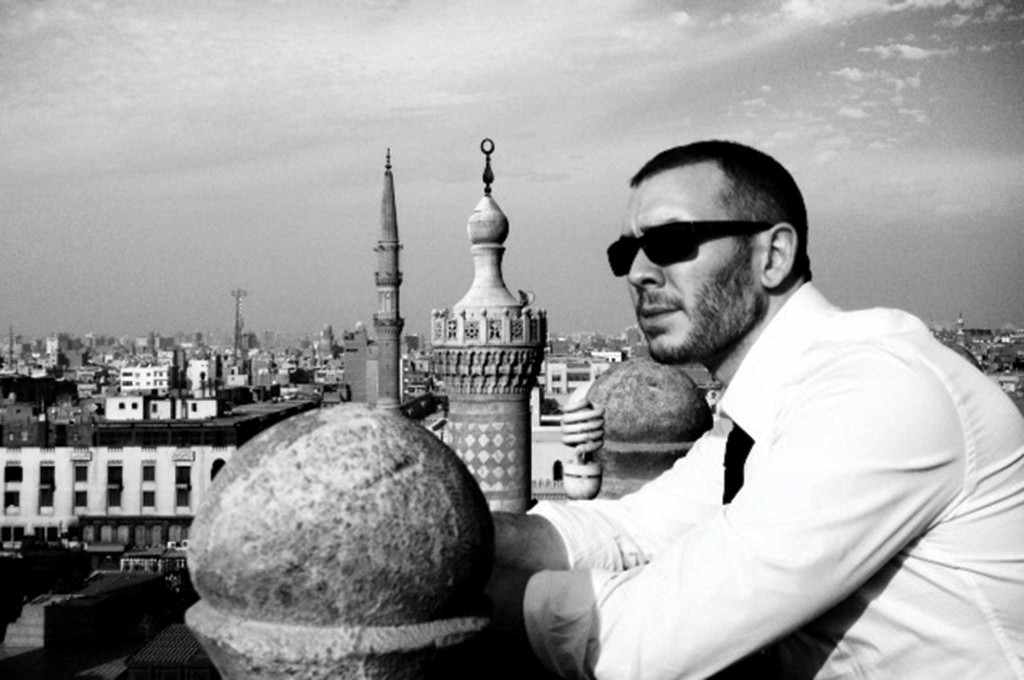 Molotov Mitchell is a black belt in Krav Maga, the head of Atlas Krav Maga, and a concealed carry handgun instructor through the North Carolina Department of Justice. Trained and certified by the Wingate Institute in Israel, he's trained groups around the world and invented weapons like the Benthic Knife and the patent-pending Hex Tool. When he's not standup paddle boarding with his daughter, Ivy, he serves on the Wake County Fitness Council in North Carolina. His favorite color is blue.
www.atlaskravmaga.com
www.trianglekravmaga.com

While walking the floor at SHOT Show, we were surprised and intrigued to see this Bond Arms lever action AR-15...