Poll: What 10 Items Would Make Your “ALONE” Survival Gear List?

Take a Look at the Approved Gear Choices, Build Your Own Theoretical 10-Item Pack, and See How it Compares to Season 6 Contestants

Like many of you, we've been following the ALONE TV series on History for a few years now. Although no reality show will allow you to feel the stress of a real survival situation, ALONE is certainly one of the better examples we've seen in this genre. Each of the 10 contestants endures isolation, exhaustion, and the onset of starvation in an effort to outlast the others and claim the $500,000 prize. Season 6 takes place in the Canadian Arctic near the shores of Great Slave Lake. Great Slave Lake is the deepest lake in North America and the tenth largest in the world. (Photo: Google)

We've often discussed the physical and mental challenges associated with survival in adverse conditions, but gear is a critical variable as well. When you have limited resources, you'll be forced to rely more on the items you do have in order to build a shelter, start a fire, purify water, and scavenge or hunt for food. ALONE contestants must choose only 10 items from a pre-approved, highly-specific gear list. These do not include the required camera gear — since each contestant films themselves as they survive — or clothing, personal effects, and safety/rescue equipment (more details on this below). Today, we'll take a look at the gear options that are available to ALONE contestants, and allow you to choose your own hypothetical 10-item loadout in a poll. Once you've completed the poll, you'll be able to compare your survival gear picks to those of others who read this article. Finally, we'll close with a breakdown of the items that were most popular among the 10 participants on ALONE Season 6. This information may help you re-evaluate which tools and resources are most important, and which might not deserve a place in your pack.

As we mentioned, contestants on the show were allowed some clothing to withstand the cold Arctic weather, as well as a few personal items, safety items, and camera gear. This gear doesn't count towards the 10-item loadout, but it's fairly limited for a survival scenario that might last for several months. Here's the complete list of “freebie” items received by all contestants: Safety and Camera Gear
Though not explicitly mentioned by producers on the Season 6 web page, it appears that all contestants are supplied with some default items. These are designed to enable them to film their experience safely, call for rescue reliably, and stay alive until rescuers arrive if they're severely injured. Much of this comes down to reducing liability, since the show's producers don't want anyone to actually die during the competition. Contestants are required to film themselves as they survive. (Photo: History Channel)

In previous years, this category has consisted of the following gear: All contestants are provided with GPS beacons and sat phones to be used when they tap out.

According to the rules, ALONE contestants get to choose exactly 10 items from the following gear list. There's also a stipulation that only two of these items can be food, so you can't just go into hibernation inside a fort made of beef jerky and wait for everyone else to tap out. No duplicate items are allowed, so you can't take three gill nets to increase your odds of catching some fish.

Here's the list, broken down into the appropriate categories. We omitted some of the more detailed specifications on some items for the sake of brevity, but you can read the extended version on History's web site. Look over these items, and consider which ones you'd pick — keep in mind that this particular scenario occurs in the Arctic, so cold temperatures and harsh weather will be a serious threat. 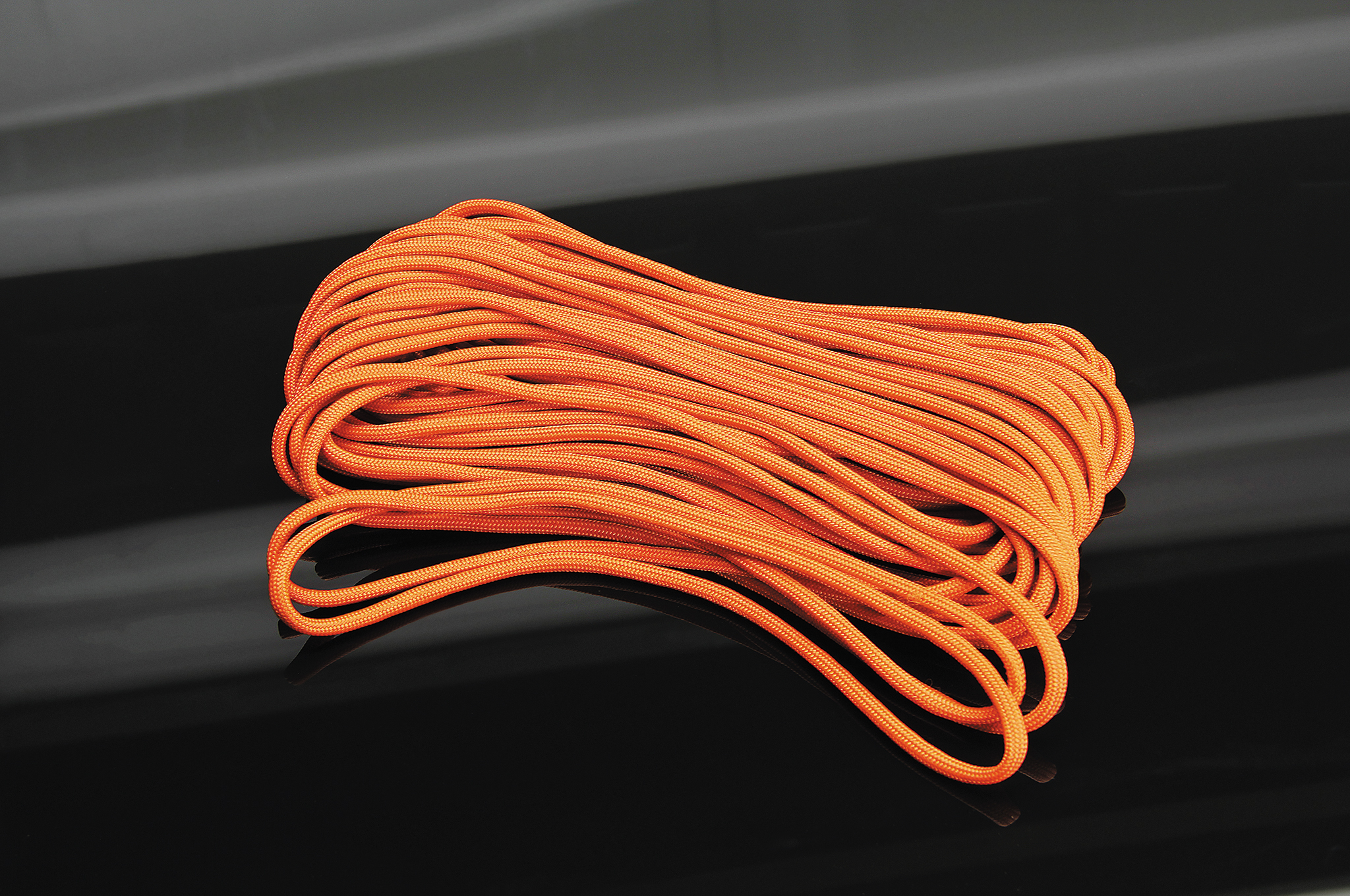 Rope or cord comes in handy for anything from rigging an A-frame shelter to rappelling down a mountainside. Surviving in the Arctic without a way to stay warm and dry at night would be a serious challenge. A pot offers a way to cook food as well as boil water. Soap is something we use every day, but would it be one of the 10 items you choose? No hunting rifles or fancy compound bows are allowed, only slingshots and primitive bows. Hardtack is one of the simple, long-lasting survival foods contestants can choose. You won't get far without some sharp tool for breaking down wood — but there are several to choose from.

Complete the polls below to let us know what your gear loadout would consist of. We've broken it down into sections as seen above, so select the items (if any) you'd choose in that section and hit the “vote” button at the end of each category. Be sure to select only the 10 items you'd choose if you were actually participating in the Arctic survival scenario as seen on ALONE Season 6.

What the Contestants Picked

Now that you've voted for the 10 items you'd select and seen how other readers voted in our poll, let's take a look at what the actual contestants on ALONE Season 6 took with them into the Arctic. We'll list the gear below in descending order based on the number of people who selected it. Most of the contestants brought a fixed-blade knife, as well as several other cutting tools.

If you're thinking that most of these gear choices were unsurprising, you're probably already on the right track with your emergency gear. Even if you're not an experienced survivalist, you should know why no one chose the comb, 2-pound block of chocolate, or single carabiner as one of their 10 allotted items.

That said, examining this gear list and the choices of the contestants should get you thinking more seriously about the value of your own gear choices. If your picks don't match up to those of other readers or the ALONE contestants, there could easily be a valid reason, but you should be able to articulate it.

Fortunately, in a real survival scenario, you probably won't be restricted to only 10 items. You'll have whatever you had the forethought to bring along. If you prepare the gear you know you'll need, and can support it with the appropriate skills and mindset, you'll have an easier time facing any survival situation that comes your way — whether it's in the Arctic, the desert, or your own home town.